A sad and shocking image: a giant anteater mother with her cub at her side, with part of her organs exposed. Both of them have been roadkilled on BR-262, in Mato Grosso do Sul, Brazil. The scene was recorded on April 1st during Anteaters & Highways Project’s road monitoring from ICAS – Wild Animal Conservation Institute.

If the photo is already shocking, the numbers are even more alarming. Between 2017 and 2020, we recorded 12.400 roadkills in 1.158 km of highways on Mato Grosso do Sul, including 762 giant anteaters, an iconic South American mammal, listed as Vulnerable to extinction by the International Union for Conservation of Nature. From 2021 to 2023, we will work to transform the state of Mato Grosso do Sul into a reference for mitigation of wildlife-vehicle collision through the involvement of various social sectors, using the giant anteater as the ambassador for safer roads. 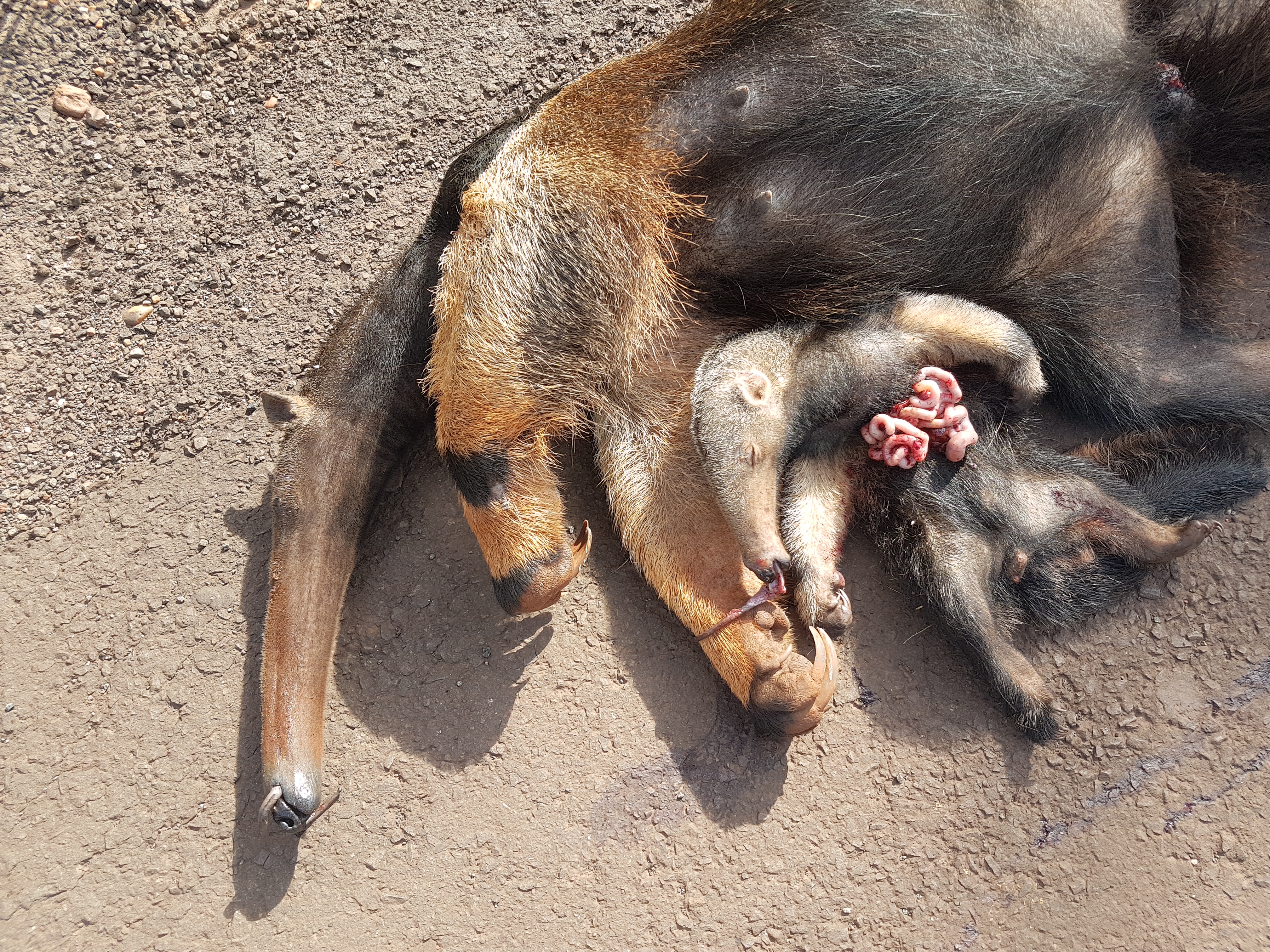